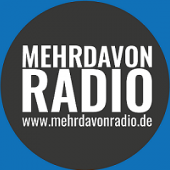 As there have been a lot of requests for new introductions lately, we in the radio team have decided to adapt our popular format.

Furthermore, the show will now go one hour longer.

The 5 songs with the fewest votes will be eliminated from the voting.
Instead, there will be 5 new performances every week

Everybody has 5 votes to vote for their favourite songs (before there were 3 votes).

The voting always runs until the next Monday at 22:00 (CET).

Furthermore, songs that end up in the top 3 three times in a row will be dropped from the voting.

Each band may only be represented once per voting.

However, you can apply with new songs.

How can I apply:

If you have a band or make music on your own and would like to be represented in the Newcomer Top20, then send us an email to Newcomer@mehrdavonradio.de with a song and a picture (whether of the band, your logo or the cover of the song), as well as a short info from you.

Alternatively, you can fill out the form below.

What else is interesting:

Now you can listen to the songs as a playlist on Spotify.

This website uses cookies to improve your experience while you navigate through the website. Out of these cookies, the cookies that are categorized as necessary are stored on your browser as they are essential for the working of basic functionalities of the website. We also use third-party cookies that help us analyze and understand how you use this website. These cookies will be stored in your browser only with your consent. You also have the option to opt-out of these cookies. But opting out of some of these cookies may have an effect on your browsing experience.
Necessary Always Enabled
Necessary cookies are absolutely essential for the website to function properly. This category only includes cookies that ensures basic functionalities and security features of the website. These cookies do not store any personal information.
Non-necessary
Any cookies that may not be particularly necessary for the website to function and is used specifically to collect user personal data via analytics, ads, other embedded contents are termed as non-necessary cookies. It is mandatory to procure user consent prior to running these cookies on your website.
SAVE & ACCEPT